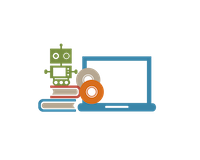 Computers are now critical for work in almost any field, yet few students leave high school with computer science training. While teachers can choose from hundreds of curricula and programs to teach math and science, there are hardly any such resources for computer science.

Recognizing this gap, organizations such as the National Science Foundation and the non-profit Code.org have pushed to improve computer science education in the United States, particularly in urban schools and for minority students under-exposed to the discipline. To achieve these goals, both have engaged with Outlier Research & Evaluation, a unique group at the University of Chicago.

Outlier is the research and evaluation arm of the Center for Elementary Mathematics and Science Education (CEMSE), a center devoted to improving pre-college STEM learning that resides within the Physical Sciences Division of the University of Chicago. Since 2002, CEMSE has worked with schools, school districts and government and private sector clients to develop and assess curricula, support high quality programs, and create new tools for educators.

“Stimulating the curiosity of today’s young students for math and science is critical for creating tomorrow’s physicists, mathematicians, and cosmologists,” said Rocky Kolb, Dean of the Physical Sciences Division. “The work of CEMSE to study and improve STEM programs is integral to the University’s long-standing commitment to support high quality, pre-college education for all students."

In early 2014, CEMSE’s research and development arm rebranded itself as Outlier, a cleverly mathematical name for a group whose mission is to provide knowledge and tools to advance education. For clients such as the Field Museum, Google, the Lincoln Park Zoo, nutrition education non-profit Purple Asparagus and higher education programs within the University, Outlier measures the implementation and success of programs through a variety of data collection techniques including surveys, focus groups, and observations. Outlier also does research on complex issues affecting STEM education including STEM school models, implementation of educational interventions, and spread and sustainability of innovations in schools.

Increasingly, Outlier has expanded its work to include computer science education, a discipline not usually included in the STEM conversation despite its close relationship to all four components.

“Computer science does not have historical roots in the origins of education in this country and suffers from being misunderstood and undervalued,” said Jeanne Century, director of Outlier. “There is no doubt that if we are to make progress as a nation, we need to elevate the visibility and credibility of computer science as an essential part of K-12 public education.”

Through a program called CS10K, the National Science Foundation aims to build a foundation—curricula, course materials, assessments, and models of professional development—to support the goal of getting 10,000 "well-trained" teachers teaching engaging, rigorous high school computer science courses by 2016. However, many questions remain about both the current state of CS education and how best to reach this ambitious goal.

In addition to seeking out the best methods to teach CS, teachers and schools grapple with several other questions. Where does CS fit into a student’s day? Should it be a required course? Can CS fold into math, science, or even foreign language classes? Most importantly, do teachers and students have a clear sense of what computer science is, and how it is essential today for many different careers?

"Most high schools teach students how to use applications like PowerPoint, e-mail, and Word, but that's not what we mean by CS," said Jan Cuny, a program officer at the National Science Foundation. "We want students go beyond knowing how to use technology to knowing something about how to create technology."

To understand the broader landscape of computer science education in the United States, the Association of Computing Machinery, in partnership with the NSF, Google, Microsoft and other groups, asked Outlier (in collaboration with the Urban Education Institute) in 2012 to produce the Building an Operating System for Computer Science (OS4CS) report, a first-of-its-kind assessment of CS education presented online as an interactive report.

“Our goal for the OS4CS report was to provide the CS education community consisting of practitioners, researchers, policy-makers and advocates with baseline information about the landscape of CS education in the U.S.," said Sarah Rand, an Associate Project Director at Outlier. "The report’s innovative design helped to make the findings accessible and allowed the work to reach a broad audience. The report has been used in a variety of ways to support and expand CS education.”

Outlier researchers surveyed over 700 computer science teachers across the United States on their needs, conditions, and available resources for education and professional development. They found that many CS educators feel isolated – 55 percent reported that they are the only CS teacher at their school, and more than half said that they teach CS part-time alongside other subjects. Furthermore, teachers reported that they lacked curricula and professional development opportunities, in part due to the lack of consensus on the meaning of computer science and its role in modern education.

After completing the OS4CS report, Outlier received a $1,000,000 grant from the National Science Foundation for additional research: the Barriers and Supports to Implementing Computer Science, or BASICS, study. The project examines the implementation of introductory computer science in several large school districts with a focus on identifying the key supports for and barriers to realizing computer science education opportunities for all students.

Working with several large school districts, Outlier’s BASICS study is examining how CS programs are implemented in different environments and with different populations of students. The study will provide valuable information about the barriers and supports CS may encounter as it is expanded into more communities as part of CS10K, Cuny said.

“Our hope is to find best practices and approaches that can be scaled," Cuny said.

After The First Hour of Code

During Computer Science Education Week in December 2013, 15 million students in 170 countries tried an online programming lesson as part of Hour of Code, writing 500 million lines of code – 10 times the amount that powers Microsoft Windows. The effort, promoted by A-list talent such as Bill Gates, Mark Zuckerberg, Chris Bosh and Will.I.Am, was the impressive debut of Code.org, a non-profit driven to encourage people of all ages to learn programming skills.

The organization now hopes to use the momentum from Hour of Code to improve computer science education across the United States. Through developing new curricula, supporting the expansion of existing curricula, such as Exploring Computer Science, and offering professional development opportunities for teachers, Code.org hopes to jump start computer science education in the United States, said Jake Baskin, K-12 District Outreach Program Manager.

To ensure that their educational programs are aligned with and furthering these goals, Code.org connected with Outlier, which will begin with an evaluation of the organization’s professional development offerings for CS teachers. Over the next year, Outlier will conduct teacher interviews and do field observations of Code.org-supported courses in seven regions around the country, including Chicago.

The evaluation will help Code.org scale up their programs to reach more schools around the country, Baskin said, and create sustainable computer science courses that become a core part of a school’s curriculum even after the nonprofit moves on.

“The results of the evaluation are really essential to everything we’re doing, and will give us checkpoints to see how we can improve our programs,” Baskin said. “We’re teaching students the importance of data analysis and how to think logically about what they are doing, so having a strong evaluation of our own program makes good sense.” 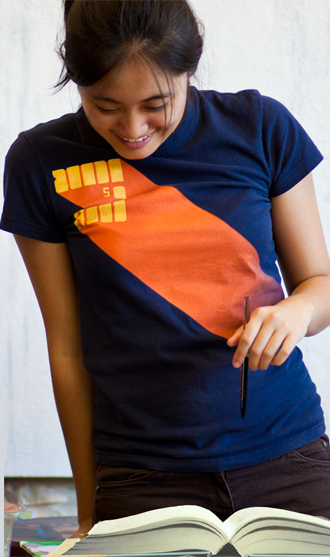